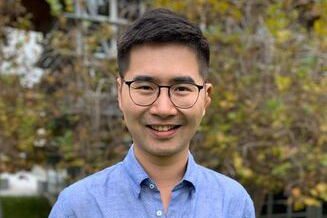 Recent Ph.D. Eddy Chen, now an assistant professor at UCSD, has won the British Journal for the Philosophy of Science’s Popper Prize, for best article  [Quantum Mechanics in a Time-Asymmetric Universe: On the Nature of the Initial Quantum State] published in the journal in 2021. Congratulations to Eddy!

The Popper Prize (formerly the Sir Karl Popper Essay Prize) is awarded by the British Journal for the Philosophy of Science (BJPS) “to the article judged to  be the best published in that year’s volume of the Journal, as determined by the Editors-in-Chief and the BSPS [British Society for the Philosophy of  Science] Committee.”

In a quantum universe with a strong arrow of time, we postulate a low-entropy boundary condition (the past hypothesis, PH) to account for the temporal asymmetry. In this article, I show that the PH also contains enough information to simplify the quantum ontology and define a natural initial condition. First, I introduce ‘density-matrix realism’, the thesis that the quantum state of the universe is objective and impure. This stands in sharp contrast to wave-function realism, the thesis that the quantum state of the universe is objective and pure. Second, I suggest that the PH is sufficient to determine a natural density matrix, which is simple and unique. This is achieved by what I call the ‘initial projection hypothesis’: the initial density matrix of the universe is the (normalized) projection onto the PH-subspace (in the Hilbert space). Third, because the initial quantum state is unique and simple, we have a strong case for the nomological thesis: the initial quantum state of the universe is on a par with laws of nature. This new package of ideas has several interesting implications, including on the harmony between statistical mechanics and quantum mechanics, theoretical unity of the universe and the subsystems, and the alleged conflict between Humean supervenience and quantum entanglement.